Welcome to our latest newsletter keeping you up to date with life at Jungle Tide. As always, let us know if you don’t want to receive them and we’ll unsubscribe you (it’s not painful, they say). And Season’s Greetings to all!

Getting ready for Christmas

As our second Christmas at Jungle Tide fast approaches we hope we’ve learned a few lessons from last year – such as how to put together one of Arpico’s Christmas trees, and where to get reliable meat from. The outside of the house is already lit up, cards to faraway places have been posted and we’ve hosted a Christmas lunch for one of the expat groups. In a couple of days we greet our daughter Jemima off the plane in Colombo, hotly pursued by her lovely boyfriend Ed. Then our Christmas guests arrive, an enthusiastic bunch of New Yorkers with four children who – from our e-mail correspondence – promise to at least match the exuberance of our
Australian and Scottish guests last year. Should all be great fun.

As we mentioned last time Jemima, who’s an up-and-coming performance poet, will be performing at the Galle Literary Festival in January and of course we’ll be there. There will no doubt be a full report in the next newsletter. Meanwhile if you want to check her out look at her website https://jemimafoxtrot.co.uk

Suki and Toffee…
… are our new(ish) dogs. Both around a year old but we’ve only had them since October. A lovely lady called Sonia rescues small puppies, looks after them and passes them on to good homes all without accepting a rupee – quite saintly. Here they are. Suki’s the one who seems to have Friesian cow somewhere in her blood line. She’s quiet but fearless. Toffee is noisy but a complete wimp. They both help Kuta, Martin and Rani’s old dog, patrol the boundaries of Jungle Tide. But alas they are critical of our performance as pack leaders. “How come you keep bringing in all these great people to join our pack?” they ask in dog-speak, referring to our many guests and volunteers, “and then just let them go away again?”

Guests
We seem to be getting a reputation as a place to visit for people – usually but not always British – with long-standing Sri Lanka/Ceylon connections. Several have passed this way in the past couple of months including a childhood friend of Sally’s and several others with backgrounds in tea planting or business in what was then Ceylon. They all make for fascinating company. Many have come to us through the Friends of Sri Lanka Association whose secretary kindly circulates these newsletters (many thanks, Bruce!). In the new year we’re also looking forward to visits by several of our own friends in England, Scotland and Australia. Plus of course folks from all over the world.

Volunteer projects
Over the last few months we’ve been lucky to have the help of a couple of dozen volunteers – also from all over the world – doing magical things to our gardens. Among many projects they transformed a stretch of jungle along our stream into a streamside garden with steps and paths, and they helped us solve the problem of what to do with all those empty wine bottles in a country with almost zero recycling facilities. Build a bottle wall, that’s what. It will eventually have a wooden counter top and be part of our barbecue area but that will have to wait until the next volunteer
season starts, in April.

On the road…
As a slightly late birthday present for Sally last month we headed off on a short trip to Mannar and Wilpattu. There’s much more on this trip in Jerry’s blog on our website www.jungletide.com . Mannar is a very strange and – to us – wonderful place. The pictures show the flamingos that flock to the salt pans there, the atmospheric old Dutch fort where feral donkeys easily outnumber human visitors, and the dilapidated pier from which ferries used to sail to India, and from where Sally’s family set off in 1971 on their epic overland journey to England.

We visited Wilpattu National Park with friends in April and couldn’t wait to go back again. This time we even managed to see a sloth bear, though by then it was deep dusk and it kept its bum towards us so the photos are not great. But we did get quite a nice one of a pair of hornbills…

On the road again …
Finally, an update on the saga of repairs to the Kandy – Galaha via Uduwela road. Since the last newsletter about a kilometre has been completely resurfaces and a further kilometre levelled and prepared – so while that bit’s still slow and bumpy it’s OK for any vehicle to drive. The last kilometre or so remains the same as it ever was. And following frenzied activity in October all work seems to have been abandoned for the last month or more, we know not why. But in Sri Lanka one gets used to these things.

All the best for 2017, and if you fancy an exotic holiday you know where to come. 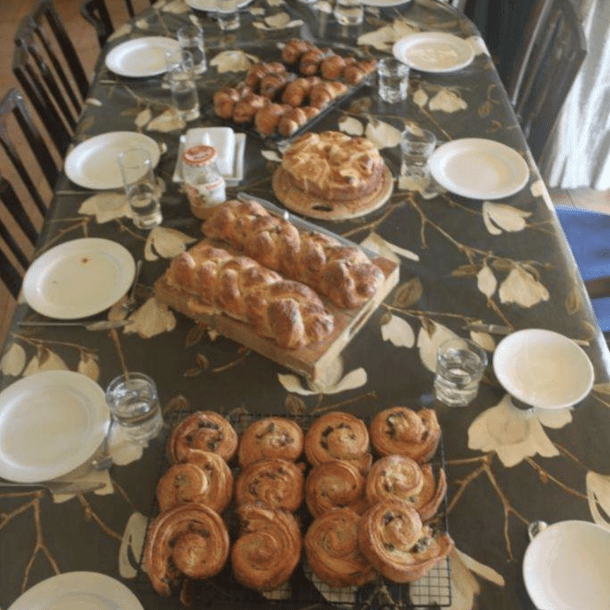 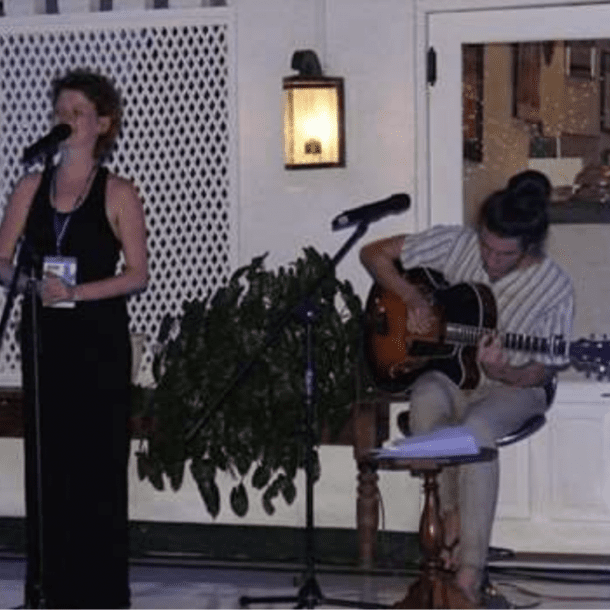