Christmas is coming
Once again, Christmas at Jungle Tide promises to be a bit different from what we were used to in England. The cake has been made and is being fed a diet of brandy at regular intervals. Sally is baking mince pies as I write and two German volunteers who are with us at the moment will be preparing gluhwein to go with them later today to kick off the festive season (a day late, but this is Sri Lanka where nothing is on time). Next week Sally plans to make a giant pork pie with hand-raised hot water crust pastry and filled with some of a wild boar we were lucky enough to purchase, butcher and freeze recently, Even the lard for the pastry is made from rendered down fat from the same wild boar, it is a real “The Good Life” moment!

Our Christmas guests this year will be a multi-national bunch: a Japanese family, a Dutch family, a couple from Slovakia and, we hope, a Sri Lankan friend who lives in Yorkshire but who will be visiting Kandy over Christmas with his grown-up daughter. Christmas lunch may or may not look something like it did last year when we had our daughter Jemima and boyfriend Ed out here, and hosted a wonderful extended family of Romanian emigres living in New York.

End of the road!
We produced our last newsletter way back in June shortly before leaving for an extended holiday in the UK. At that time the last kilometre of road into the village was still unfinished but it was completed in July – all except for a short stretch over the village bridge which had to be rebuilt at the beginning of October. So the journey time to Kandy has been cut from 50 minutes when we first opened Jungle Tide to a mere 30 minutes. Only the last 700 metres is on an unsurfaced tea estate road.

Noni’s moved in
Also while we were in the UK Noni’s house was finally completed and she moved in with her son and daughter in July. Those of you who so generously subscribed to the building fund will have had a brief newsletter about this at the time but here’s a couple of photos:

The second photo shows the small Buddhist thanksgiving ceremony to bless the house. What looks like an emaciated calf in the background is not a sacrifice but in fact some kind of shelter for the offerings. The first photo is of Noni, her son and his friend, Martin and Cathy who managed Jungle Tide for us while we were away. She, together with Rani, Martin and Noni, did a brilliant job including steering Jungle Tide through what was by far our busiest month for guests ever – August.

Social whirl
Since we returned from the UK in late October we have been pitched into what seems an endless round of social engagements, with more to come before Christmas, of course. Sally’s 60th birthday coincided to the day with our friend George’s 70th so a joint lunch party was arranged, out by the lake at Kurunegala. The previous night we’d all been at another friend’s 65th. Last Saturday found us at a great event organised by the British Council in Kandy, a reading/performance/book signing and Q&A session with Sri Lankan author Ashok Ferrey supported by our friend Tanya Warnakulasuriya, Arts Officer at the British Council. All very entertaining and I can thoroughly recommend his books which are full of characters only Sri Lanka could produce.

Then last Thursday, a bizarre Burns Night Supper hosted by our Scots friend Jim. Bizarre partly because it wasn’t Burns Night which as you may know is in January, but it was St Andrew’s Day and he’s the patron saint of Scotland. Besides, Jim said the fresh heather he’d brought back from Scotland wouldn’t look that good by January. The haggis, of necessity, was of the tinned variety and pumpkin had to substitute for neeps which are not available in Sri Lanka. The bagpipes came courtesy of Bluetooth. But the whisky was genuine and free-flowing, portraits of the great poet hung alongside saltires and we tried hard to imagine the snow. If you’ve never been to one, a Burns Night Supper is best described as an alcoholic meeting: formal, with a set agenda interspersed by gulps of whisky.

Speaking as we were of books, my own humorous memoir “Broke’n’English: Learning to live in Sri Lanka” is now published. But you will shortly be getting a separate e-mail all about that so no more here. Other than to say, please bear it in mind as a possible Christmas present for your friends!

All dogs are thriving, even the now ancient Kuta who we half-expected not to be around when we got back from the UK, but he’s still soldiering on. Suki and Toffee are fine. The stock of hens was reduced by one in our absence when Kuta, in a last foray to prove his manhood, managed to break in and get one of them. The civet cats in the roof seem to have organised their own Olympic Games judging by the amount of running around they do – or maybe it’s just mating season. Despite or perhaps because of the rain the garden is full of birds including our favourite day-glo minivets. Wild pig invasions of the lower gardens occur almost nightly, possibly in revenge for our eating one of their number.

And with that, we’ll wish you all a wonderfully Happy Christmas and New Year. 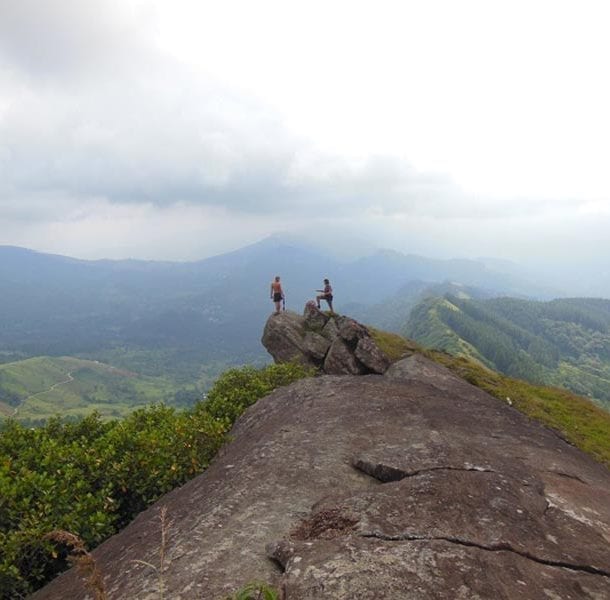 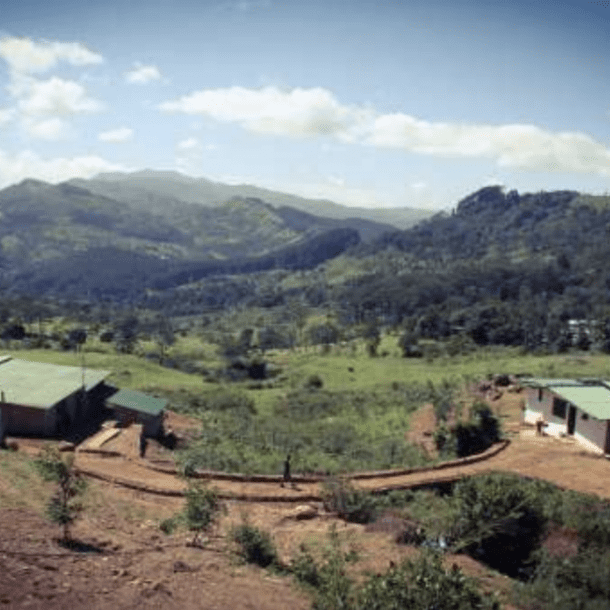