Rather belated new year greetings to you all. Let’s be British and start with the weather. I’m writing this from our Yorkshire home with heavy snow falling outside, but what Sri Lanka had to endure around Christmas was far worse. Floods, landslips, a million people displaced from their homes, lengthy power cuts. In our village of Uduwela one person was killed by a lightning strike. Half our guests had to cancel at the last minute as they could not get up the road to Jungle Tide. Congratulations to those who made it through! To quote one of them : Getting to Jungle Tide in those conditions was an adventure in itself but we were received with great hospitality by Martin and Rani and enjoyed our stay there (and the food). I would just say that in those conditions (where there was nothing at all of the road left in places) the local bus or tuk tuk were the best way of getting in or out. We were seriously impressed with how smoothly the bus could handle the conditions though the return journey from Kandy late afternoon took overcrowding to a new level. But with everyone’s smiles and good humour on board – plus a number of intrigued villagers wondering what a Western family of 4 were doing travelling by bus to Uduwella – it was all part of our fantastic Sri Lankan experience.

Which brings us to…
The road
The buses may be impressive at handling the bumps but it was they (and of course lack of maintenance) which caused the bumps in the first place! We have heard rumours that the long-awaited repairs will start soon but we are not counting on it. Now the weather’s improved there are no problems getting to JT in a van but cars still struggle, unless they have really good clearance. The promised road improvements may have been to do with the recent elections but let’s hope the new President Sirisena shows as much commitment to local roads as his predecessor did to expressways! No doubt he has rather more important things on his mind right now, though, and we wish him well.

Last May we had a pavilion built by the swimming pool so guests can now change and shower right there rather than walking down from the house.

There’s also a shaded lounging around area, a store room, and what will be a small kitchen for preparing and serving drinks and snacks once we get to live there. A few years ago we had a cowbarn built in the garden as we planned to have two cows, but before we could get them the land they were to have grazed on was swept away in the landslip of December 2012, so we had a cowbarn with no cows. It is now being converted into self-contained, en suite family accommodation . A family room is something we failed to foresee the need for when we built the house, and several guests have said how much they would have appreciated one.

Another long-standing problem for our guests has been low water pressure in the bathrooms. After several unsuccessful attempts to solve this, our wonderful new contractor, Chammi, has found the cause – the really bad way the water pipes were laid when the house was built. He is now fixing it – a costly job but if you revisit Jungle Tide you’ll probably have much better showers!

So, goodbye for now. We’d love to hear from you, and of course love to welcome you to Jungle Tide, either for the first time or for a return visit. 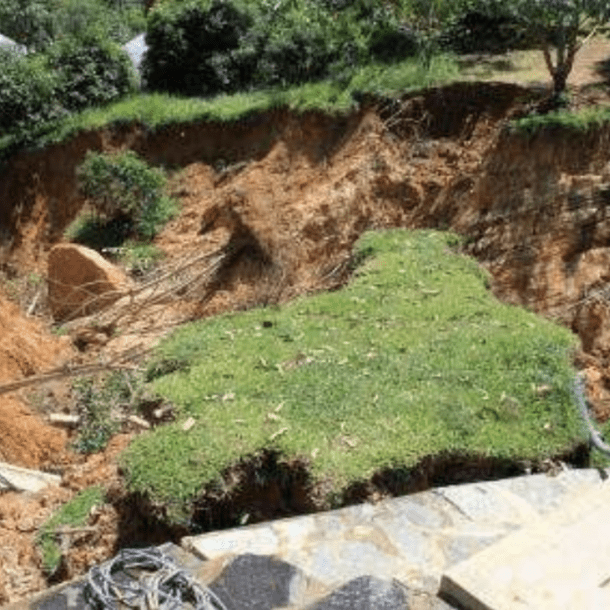 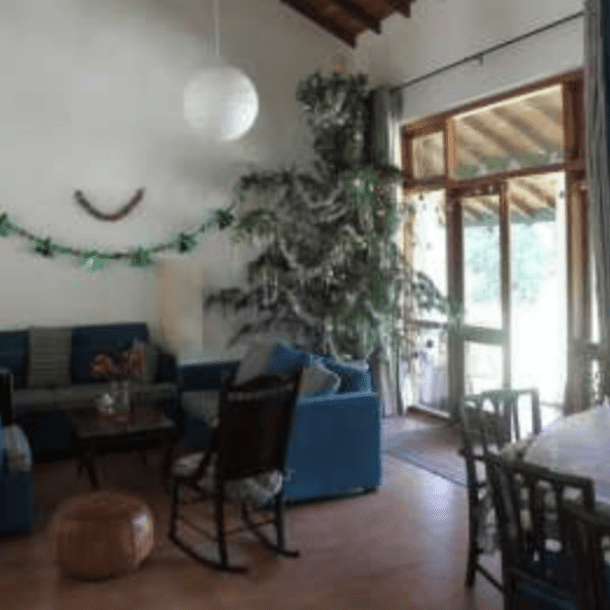