Several people have written to enquire whether Jungle Tide has been affected by the recent flooding in Sri Lanka which has featured on the international news agenda. The quick answer is that we haven’t. Last May the problems were in the hill country (and that was when Noni lost her home in a landslip). This year the hill country has largely been spared and the problems are on and near the west and south coast. It is of course a huge tragedy but there has also been a tremendous response by both individuals and organisations to relieve the suffering and rebuild infrastructure and lives. This kind of weather event is more and more common as a consequence of climate change, especially in the tropics.

Our recent intake of volunteers has again worked wonders (here are a few of them relaxing on the veranda with the dogs).

Among the projects they have achieved have been painting and varnishing Noni’s new house, making insect-proof window screens for the Garden Room, creating a new lawned area near the swimming pool, improving boundary fencing, building new terraced beds in the veg garden and of course lots of jungle clearing, including the area which will be Noni’s garden. We even had two architects who designed a possible new building for us – if we ever feel rich enough to build it. Here are a few photos of some of their work.

Off to England (and Scotland, Wales and France)

In a few days’ time we fly to Heathrow for the start of our first visit back to the UK since we moved to Jungle Tide nearly two years ago. It’s a monster trip of over four months, mostly staying in house-swaps where the owners either already have stayed or shortly will be coming to stay at Jungle Tide. Highlights – apart from seeing loved ones – will include a week in France, ten days at the Edinburgh Festival where ourpoet daughter Jemima Foxtrot is performing her new show Above the Mealy-Mouthed Sea, www.jemimafoxtrot.co.uk, attending the long-awaited opening of the new extension to Square Chapel Centre for the Arts in Halifax (where Sally was Director and for which she helped to raise about £6 million before she left) and a week near Penzance in Cornwall including seeing a performance of Birdsong at the Minack Theatre, an open-air theatre on the sea cliffs.

We will be spending a few weeks in London where we hope to touch base with various Sri Lankan friends living in England, as well as time in Kent, Wiltshire, Bedford, Pembrokeshire, the Peak District and of course ‘God’s own country’ of Yorkshire where we lived before moving to Sri Lanka. But it’s the little things we’re looking forward to as much as anything – summer fruits you can’t get in Sri Lanka, English beer and pubs, pies, uninterrupted electricity supplies and orderly queues!

No doubt by October we’ll be desperate for pol sambol, gotukola, bananas that actually taste of something, and tuk-tuk rides – not to mention sunshine. While we’re away the wonderful Cathy Coyte is looking after Jungle Tide including making life good for our staff, our guests and our dogs. We’ll let her introduce herself:

Hi, I am so delighted to have the opportunity to spend some months enjoying the beauty and tranquillity of Jungle Tide as well as welcoming guests from around the world to this piece of paradise. After retiring from my main career in IT that included much customer support, I have worked in remote places including a Guest Ranch in Montana and a quirky Hot Springs Hotel in Northern California, all of which I am hoping gives me the experience to make everyone feel as at home as Sally & Jerry would do.
Born in England, I have spent a large part of my working life in California with the opportunity to travel the world for work. For the last 5 years I have lived in Kenya, gaining experience of the joys and frustrations of a developing country, it will be fun to find the similarities and difference between there and Sri Lanka. I am looking forward to working with Rani and Martin and keeping an eye on things to the benefit of everyone.
Cheers Cathy.

On top of Pig Rock
Oorogala (literally ‘Pig Rock’) is the massive inland cliff that looms above Jungle Tide. There is no marked pathway to the top but several people – guests and volunteers – have over the years attempted to get up there, with so far about a 50% success rate. We are hoping to interest one of the local trekking companies in organising treks including one to the top of the rock.

Down on the farm…
Well, not exactly a farm but we’re making steady progress on the production of fruit, vegetables and eggs. We now get up to twelve eggs a day from our fifteen hens, the manuring and composting of the vegetable patch is at last giving results although some allegedly easy crops such as beans continue to elude us. Our two avocado trees won’t stop cropping but the fruit is much appreciated both naturally and as guacamole and ice cream. One recent review on Trip Advisor was in French and the wonders of Google Translator told readers how much the guests had enjoyed “eating the lawyers Sally and Jerry provided”. We haven’t turned cannibal, it’s simply that “avocat” is French for both “lawyer” and “avocado”! Sally meanwhile has been busy turning a glut of mulberries and Chinese guavas into jams and jellies. And the soursop tree is producing again – along with mangosteens one of our favourite tropical fruits. Frustratingly our bumper crop of passions fruits will mature just after we head off to England. But no doubt there will be plenty of folks around to eat them.

If I don’t put in something about the dogs we get e-mails asking how they are, so here are individual portraits of the three of them.

Suki and Toffee (above) are now teenagers. They used to bound up to greet whichever of us was up first (usually Jerry). Now they lie on their beds with an “Oh no! Is it morning already?” expression on their faces. Poor old Kuta (left) is now very ancient but won’t give up his fighting career, so he’s been suffering a lot. We think he may be coming to the end of what for a Sri Lankan stray dog has on the whole been a happy life. But he’s returned from death’s door before so maybe he will still be around when we get back from the UK.

Jerry would like to thank those of you who commented on chapters of his forthcoming book Broke’n’English: Learning to live in Sri Lanka – a humorous account of Sally’s family history, how we came to live in Jungle Tide and how English and Sri Lankan cultures and languages collide in amusing ways. He’s found out the hard way what others have told him: that interesting a publisher or an agent in your first book when you have no contacts in the industry and are not famous for doing anything else much is pretty well doomed. So he’s going down the self-publishing route via Amazon‘s CreateSpace and the book should be published later this year. We’ll keep you informed, of course.

Your photos of Jungle Tide
The guest photographers for this edition have been volunteers Jon and Holly who took most of the photos above (thanks!). If you have any cherished photos of your time at Jungle Tide, whether as a guest or as a volunteer, we’d love to see them. Please e-mail them to us, and if you’re not happy for us to use them in publicity (newsletters, websites) tell us and we’ll respect that. We’re particularly keen to see photos of people doing things in and around Jungle Tide – volunteers working on projects, guests relaxing in the gardens or the pool, mealtimes, games, walks in the
local area and so on.

All the very best, 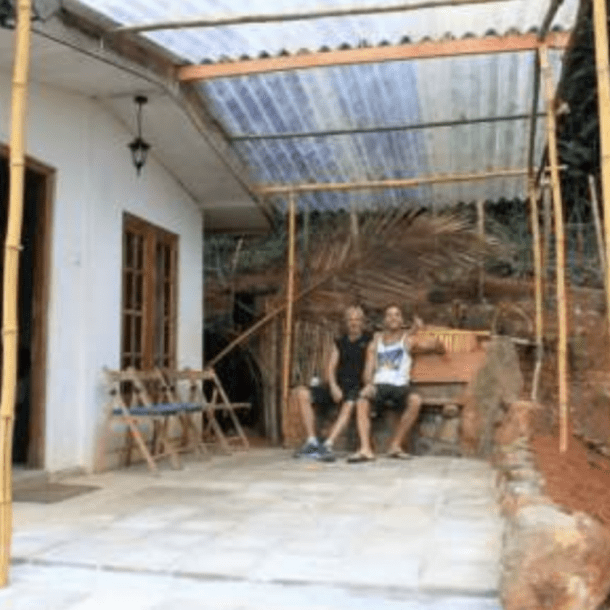 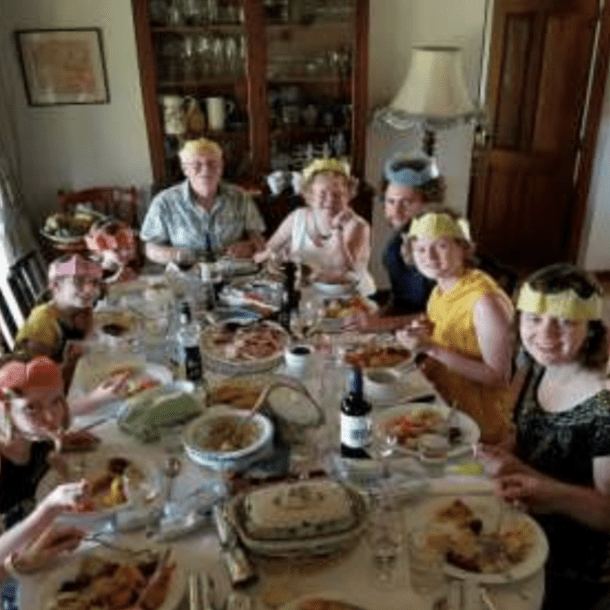