The recent terrorist attack
We thought it would be a good idea to start this newsletter with a statement about the terrible events of Easter Sunday in Sri Lanka – the horror and misery it brought to thousands of people on this island, and the total devastation to the many hundreds who were personally affected by death and injury within their families.

As almost everyone is now aware, this disgusting attack was planned by local extremist Muslims supported by the (so-called) Islamic State. Anything less like the teachings of Mohammed would be hard to imagine… but that is digressing somewhat from the point of this missive.

What we would like to say here is what about the aftermath? Is Sri Lanka safe? Should people still come? Will they still come? Why do the British Foreign and Commonwealth Office (FCO) and several other governments say “only come if your journey is essential” and what do they mean by that

So here are our views – from as close to the horse’s mouth as most of you are likely to get….

As a small guesthouse we are getting some cancelations, not really that many so far, and we are hoping to keep it that way! We are probably experiencing in microcosm what the country as a whole is experiencing, and we know that if we lose 50% of our customers we will also need to lose 50% of our staff over a year. Multiply that up to the entire tourist economy and you can perhaps begin to imagine the sort of devastating blow that will be suffered by the fragile economy of this beautiful country, if people let the terrorists ‘win’ by being (understandably) terrified.

Although we have had a number of cancellations, many other people have written to us, saying they will not cancel and refuse to be terrorised, and choose instead to stand in solidarity with the vast majority of the good, gentle, and innocent Sri Lankan people. We applaud both your courage and your logic! Whilst it cannot be denied that the Sri Lankan Government was negligent in the extreme in allowing this attack to happen, it has to be said that security has now been stepped up substantially, and it would be very much harder for anything like this to happen again now or in the near future.

So logic would seem to us to dictate that it is more likely that IS and their murderous cronies are most likely to look for the next soft, unprepared South or East Asian target country…. So think twice before you cancel and rebook for somewhere else you perceive as “safe” just because it has not yet been attacked. We none of us really know what is safe anymore!

Why then, does the FCO say only travel if your trip is essential? Well firstly, they have to cover their backsides, and secondly, they actually say that “it is up to you to decide what essential means” Which really doesn’t mean much at all if you come to think about it …. From here, it feels safe – there are a comforting amount of police on the streets, bag checks are done when entering major buildings. Those tourists who have still come are finding it far less crowded than usual. You can experience national parks without being in a traffic jam of jeeps. You can climb Sigiriya without being in a crocodile of people. You can experience Sri Lanka in all its wonder and beauty as it was before the tourist boom got going a few years ago. They do say that “fortune favours the brave” after all!

Our lives carry on unchanged other than the slightly sickening worry that we won’t make it financially past the next financial year if too many people cancel….but enough are sending messages of support and solidarity and confirming their intention to come to give us reason to feel hopeful.

Of course one of our main concerns is for the Muslim community who are likely to face reprisals from some of the more unpleasant radical Buddhists, and possibly other groups too. But whilst quite wrong, disgraceful and distressing this is likely to be on a small scale and very localised and therefore not something that is likely to have any effect on foreigners. So, we hope that you will think carefully before cancelling your holiday and here are 5 reasons ….

So having said what we have to say about the tragic events of Easter Sunday let’s move on to the general and more cheerful news from Jungle Tide.

A newcomer to Jungle Tide
Dars and Gauri’s new baby boy has arrived! And they have moved into the staff house which was originally built for Noni when her house collapsed in a landslip. Noni now has her own new house back in her own village (she is still working full time for Jungle Tide). Here’s Sally with the new arrival …

What’s the baby called? we hear you ask. We only wish we knew. The name they have given their new little boy sounds like “Jasmine Yeovil” but that cannot be surely? Only time will tell!

We’re off to the UK in a few days’ time. Yes, we know we only returned recently but bear with us. When we get back, late August, we will be at Jungle Tide, give or take a short break or two, for the best part of two years before we reach the shores of Blighty again. So while we are away Jungle Tide will be left in the very capable hands of Emma and Ben who we are confident will do as good a job as their various predecessors in keeping the guests, the staff and the dogs happy.

We met them briefly at the beginning of April before they went off on a tour of the island (they are among the many people completely unfazed by terrorism and determined to stand up to it). Emma and Ben are from New Zealand, with backgrounds in marketing, product development and communications – though if that sounds a bit mainstream Ben once had his own radio comedy show and Emma is a qualified marine biologist! In November 2015 they left their home with a one way ticket to South America, to travel and volunteer their way around the continent. While on the road they created BE Business, an online business that fits well with a travelling lifestyle www.bebusiness.nz working with businesses and charities on all aspects of their online strategy including helping community projects across South America and more recently Asia. They will also be re-vamping our website while they are at Jungle Tide.

“We are both thrilled to be taking the reins for Jerry and Sally at Jungle Tide and we plan to spend our time strengthening their online presence while of course ensuring that all guests have the vacation of their dreams” they said.

They will be collaborating online with their predecessors from last year, Bec and Mitch, who have recently set up Jungle Tide’s Instagram account.

Emma and Ben will be with us in a day or two for a short handover period before we leave for the UK.

And we’ve just had some drone footage of Jungle Tide from the air put onto YouTube https://youtu.be/H8mxlxi2Q9k

Please have a look, and share as widely as possible. It will eventually be on our new website as well.
The footage was shot (or rather the drone was operated) by a 15-year-old girl called Amelie who was here with her parents and grandparents recently and she also edited it – it’s astonishingly professional and puts us oldies to shame. And our new YouTube account was created and the video put onto it by the aforementioned Ben and Emma.

Finally, after a not very productive relationship with travel agents over the years, we have recently become involved with two which promise to be more our kind of people, once the aftermath of the recent atrocities is behind us. Far and Wild Travel are UK-based with a strong South Asian portfolio and specialise in interesting, off-the-beaten-track accommodations where wildlife is an important part of the offer – which fits with us very well. www.farandwild.travel And a new agency called “Hotels Under 100” is keen to include us in their Sri Lanka portfolio. We hosted their CEO recently. They are also UK based, specialising in India and Sri Lanka. The “100” refers to £100 as the price for a double room – in other words, not luxury but very good and comfortable. Just like Jungle Tide, we hope! They haven’t launched yet so we hope to be able to say more in the next newsletter.

Jerry’s book: Broke’n’English: Learning to live in Sri Lanka continues to sell steadily both online, at Barefoot bookshop and from Jungle Tide. And do follow his blog https://brokenenglish.blog for more amusing musings.

With all best wishes
Jerry and Sally 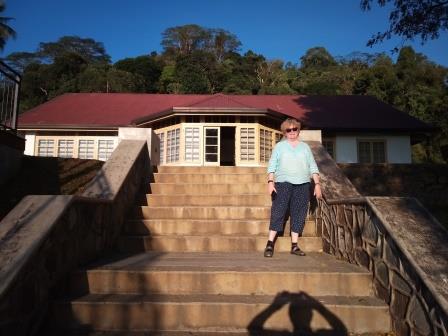 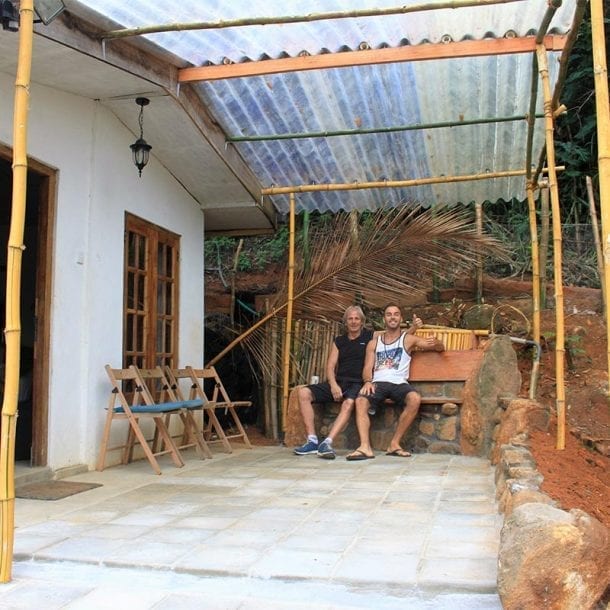